The old BURRA homestead is one the most photographed in Australia, and was made famous by one of the best photographers in the world, Ken Duncan. The photo has become an outback icon after being used on an Australian rock band's album cover (Midnight Oil,1987), that went platinum world wide.

The original Duncan print is sold out, so I had to go take a few shots of my own. 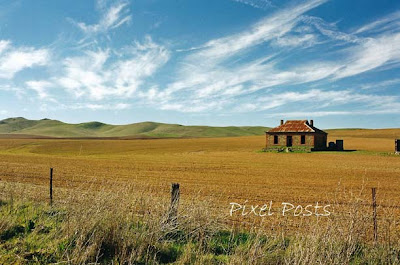 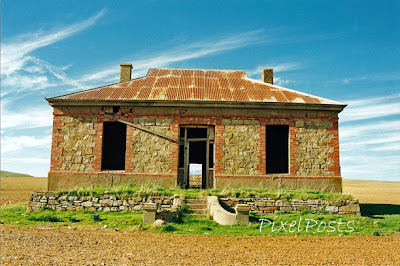 Click on the pics to enlarge
Burra is a pastoral centre and historic tourist town in the mid-north of South Australia. It lies east of the Clare Valley in the Bald Hills range, part of the northern Mount Lofty Ranges, and on Burra Creek.
Click on over to ABC Wednesday and see what happening with the letter B this week!
See some great photos from around the world﻿  here at Outdoor Wednesday!
Check out some fantastic sky shots at SkyWatch Friday
Posted by Karen at Tuesday, July 26, 2011