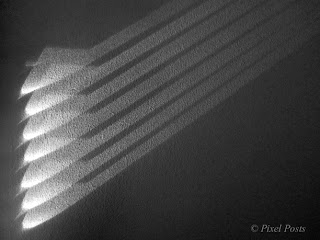 Light comes to us unexpectedly and obliquely
~H.M. Tomlinson
The sun shinning through the blinds onto a highly textured wall.
Click on the pic to enlarge

See more B&W shots from around the world HERE

See more shadow shots from around the world HERE
Posted by Karen at Thursday, March 31, 2011 25 comments: 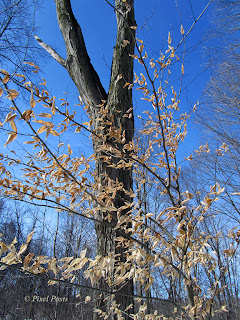 "If the sight of the blue skies fills you with joy, if the simplest things of nature have a message that you understand, rejoice, for your soul is alive."
(Eleanora Duse)

The Sugar Bush - My World

When spring thaw begins in Canada, the maple sap starts to run. The sap is collected from maple trees and turned into the delicious product, Maple Syrup.

We went to the *sugar bush on Sunday. Here's some photos from our outing.
Click on a pic to enlarge it 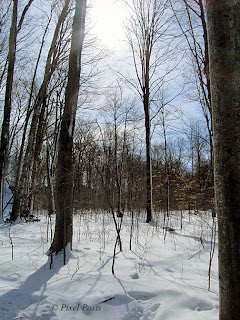 The wagon ride through the bush. 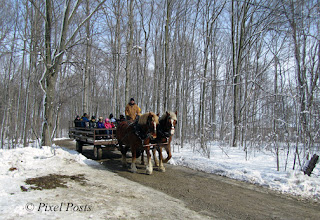 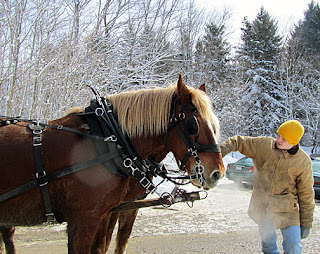 The tour included a section of the stand preserved historically, and depicted the old way of collecting the sap and turning it into maple syrup. The operation today is modern and much more efficient. 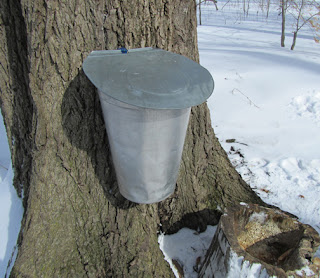 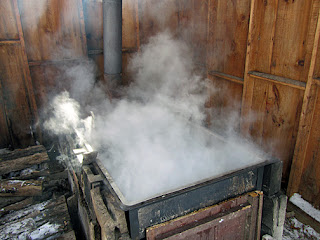 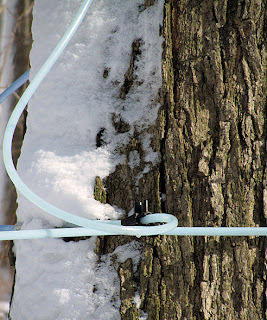 Modern sap collection via tubing strung from tree to tree 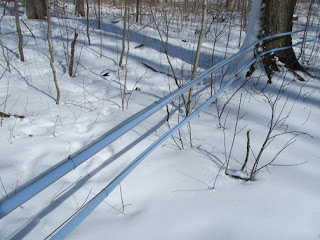 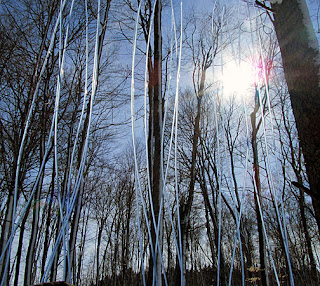 There are sap ladders at various locations to keep it flowing 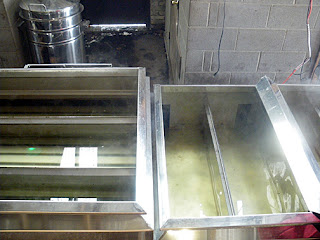 The modern method of boiling down the sap, a wood fire is still used 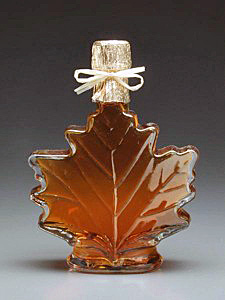 The finished product -  Maple Syrup
*﻿Sugar bush refers to a forest stand which is exploited for maple syrup. The tree canopy is dominated by sugar maple or black maple trees. The maples are tapped for their maple sap in early spring, whenever the weather has warmed so that day-time temperatures are above freezing — 0 °C (32 °F) — while night-time temperatures remain below freezing. Typically there will be snow cover on the ground during the tapping period. The tapping period ends when the supply of maple sap ceases, as when night-time temperatures begin to be above freezing.
From Wikipedia
See more photos from around the world HERE 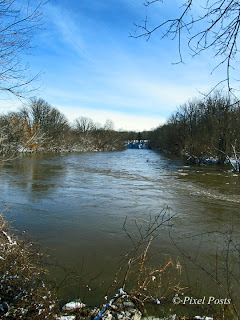 Click on the pic to enlarge
The river is high, spring thaw is happening!
The Thames River
London, Ontario
Canada
#130 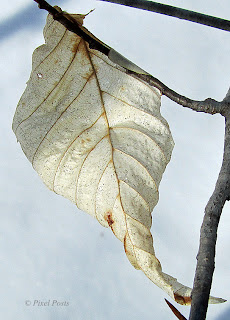 Click on the pic to enlarge
The color of springtime is in the flowers, the color of winter is in the imagination.
~Terri Guillemets
See more Macro shots from around the world HERE