There are seven species of chickadee in the world.
Chickadees, along with titmice, belong to the family Paridae. 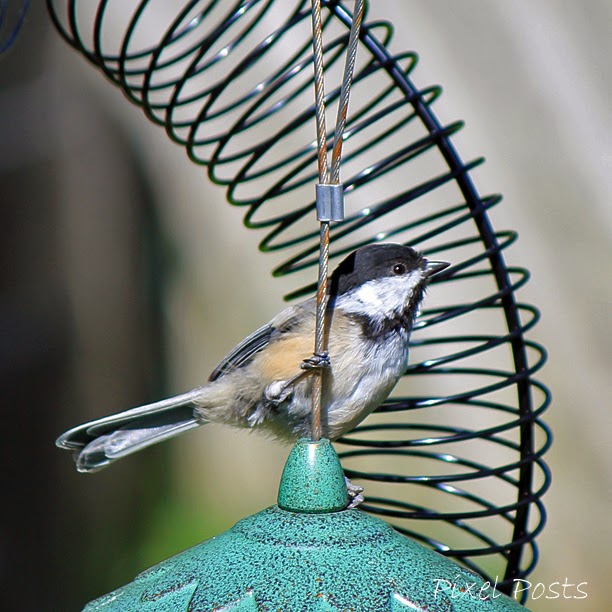 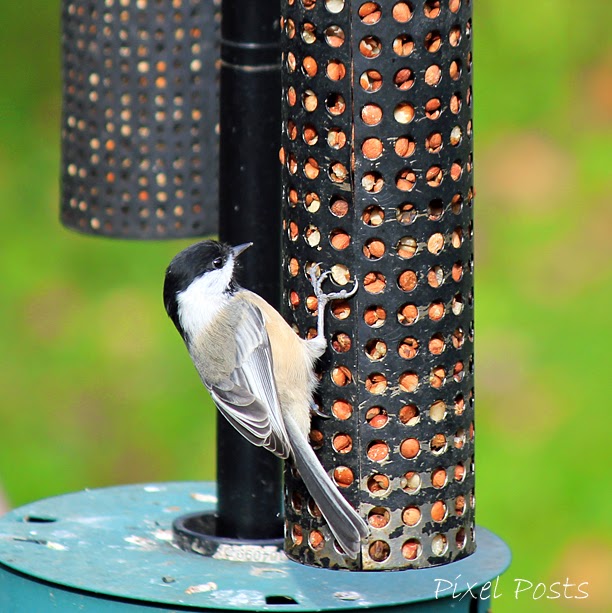 The range of Black-capped Chickadees overlaps with that of Carolina Chickadees.
They look so much alike that even the birds themselves
may have a hard time telling each other apart – they hybridize! 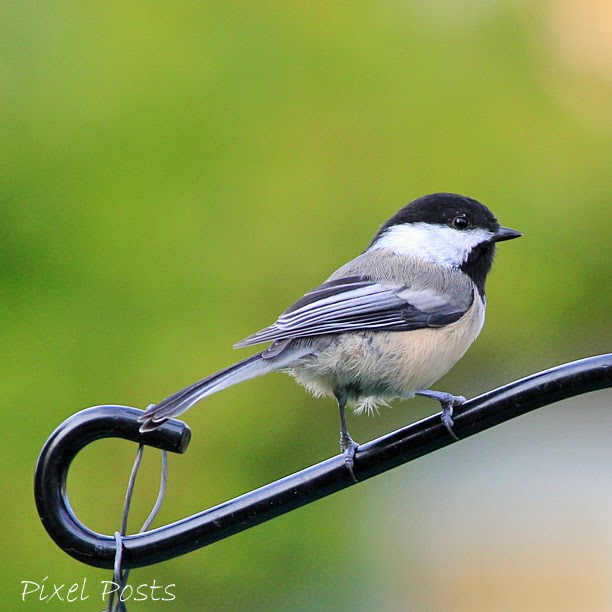 The Black-Capped Chickadee hides seeds and other food items to eat later.
Each item is placed in a different spot and the chickadee
can remember thousands of hiding places. 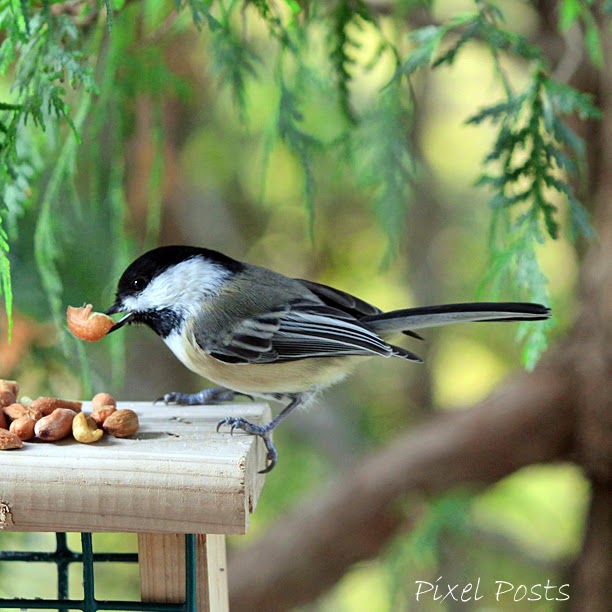 Every autumn Black-capped Chickadees allow brain neurons containing old information to die, replacing them with new neurons so they can adapt to changes in their social flocks and environment even with their tiny brains.
sharing with...
NATURE NOTES
TUESDAY AROUND THE WORLD
OUR WORLD TUESDAY
WILD BIRD WEDNESDAY
OUTDOOR WEDNESDAY