An Emergency Trip To the Vet

Late last night, (or early this morning), we rushed our dog Merfy, to the emergency vet clinic. He was having episodes of standing still with his elbows spread apart, head extended, back hunched, eyes bulging, making loud snorting sounds and gasping, that appeared to indicate breathing difficulties or choking.
To make a long story short, he was having an episode of reverse sneezing. A fairly common, and totally harmless event that often occurs in small dogs. 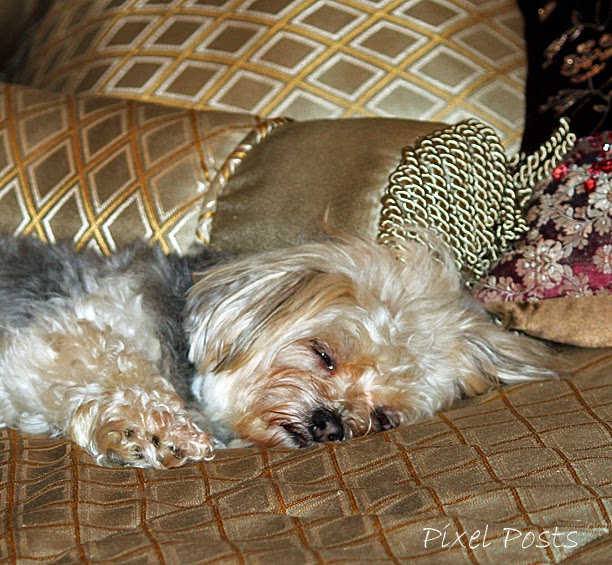 Merfy relaxing after the traumatic event.
Needless to say, I was up most of the night!
sharing with...
PET PRIDE
CAMERA CRITTERS
THE WEEKLY TOP SHOT
~ ~ ~ ~
Posted by Karen at Saturday, November 02, 2013